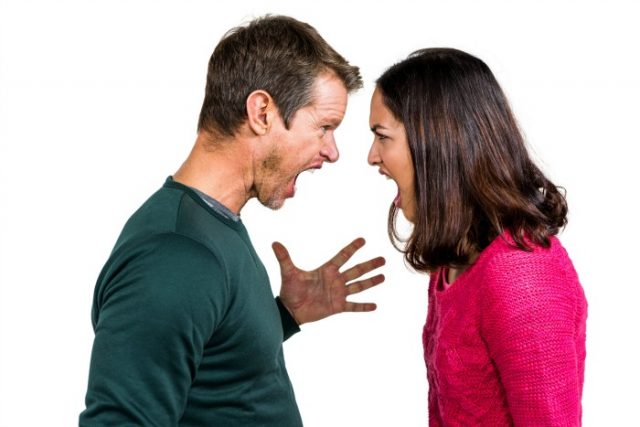 For peak performance in sports, you need to use the most effective strategy for couples to stop fighting. After all, how many times have you struggled through this scenario?

And then it all falls apart.

Sound familiar? This is what happened to Tiger Woods years ago when his game suddenly went south. Why did this happen? Issues with his relationship. Problems at home, like fighting with a loved one prior to a competition, makes it harder to concentrate and to stay in state. Even for the top athletes, your personal life can be the driving force for your competitive life. If your foundation is shaky, your game could be as well.

It may seem hard to believe that some really stuck, negative patterns of fighting can be turned around, but for this challenge, you not only need a different golf club, you need a new course or strategy. Here is a technique that is both fun and very effective.

Name the negative voice inside your head.

It separates or distances the voice from who we really are as if the negative thoughts were a different person out there altogether. By not identifying with that person inside who is angry and fighting, it takes away the power associated with the voice; now, its negatively charged emotions can no longer be a personalized, uncontrollable part of us that has become an unconscious pattern.

So for example, I named my negative voice “Muck” and my husband named his “Zuck.” One night we were at our home and our two “voices from the past” (those issues from our childhood) were fighting it out. We were angry and yelling at each other even though all our couples therapy had taught us that it was all just buttons being pushed from his issues with his mother … reacting to and yelling at my buttons from issues from my father. It was also his hang-ups from his past relationships with his girlfriends fighting with my hang-ups from my past relationships with men. Sounds like a mess, right?

But it is more complex than that. We all have six basic human needs, and one of those is a need for significance or feeling important. Our anger was about both our egos needing significance! Anger and fighting fulfill several needs: significance, certainty (you know how to push his buttons and how the fight will go) and variety (fighting provides more variety than boredom, and hey, maybe you can tweak it up a notch!)

Any pattern that fulfills at least 3 basic human needs will become an addictive pattern. The answer is to get those needs met in a healthier way.

So our pattern of fighting had become habitual and addictive. The emotions behind the fighting were so real and painful and intense. Could we really stop, or even just interrupt, those exhausting fights that we knew was going to eventually end our relationship? We weren’t sure we really believed our therapist when he suggested that a simple and fun solution could be that powerful.

But anyway, back to our fight that night.

So all of the sudden my husband stops, takes me by the hand and, putting his finger up alongside his mouth (motioning me to be quiet), he leads me into the bedroom and quietly shuts the door. (What the hell is he doing?)

And then he whispers in my ear so “Muck” and “Zuck” in the other room wouldn’t hear. “Hey, why don’t you and I go out to the movies and leave these two knuckleheads (Muck and Zuck) here to beat each other up without us?” I cracked up laughing. It was brilliant.

This “pattern interrupt” totally broke the connection, or hold, that our past issues had over us. It took away all the belief and seriousness of the anger and turned it into something light; a total non-issue.

We no longer owned, internalized or were even going to associate with those issues. We were free!

And so we quietly snuck out the house and locked (and double locked) the front door behind us. In fact, Muck and Zuck’s dysfunction and insanity were so real, when the movie was over, we were actually scared to go back home and to possibly get back into the pattern of fighting that we had been automatically “playing out” and repeating for years … so we spent the night at a hotel!

Why the hotel? Because that’s your other “club” in your bag. The driver. The additional “pattern interrupt” that changes the direction you’re going in. It is the club from your golf bag that when you walk up to the tee to hit your drive, if you change the angle of the club just 1 or 2 millimeters, over the long distance, it will land on a different spot altogether. So, with 1 millimeter you end up in the water and with another millimeter change, you end up in a sand trap and so on.”

So if you disengage from the “voice” and do these pattern interrupts, making just these little millimeter changes, think of where your relationship might be in a week or month or year.

What’s the difference between success or failure?

Here is a quote from Tony Robbins. “It’s nice to know that when all hell is breaking lose, you’re only one millimeter off from the solution. Most people think it’s impossible to change bad habits and they give up.”

Nancy Dye is a breakthrough mindset coach and resilience trainer helping people to transform the quality of their lifestyles. Nancy was trained in strategic intervention with Robbins-Madanes Training (Tony Robbins and Cloe Madanes) and has over 30 years as a weight loss, peak performance, and sober coach. She specializes in “jumping over” adversity, addictions, and diseases, and transitioning through life stages. 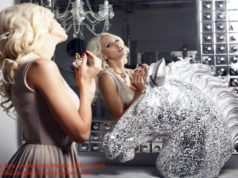 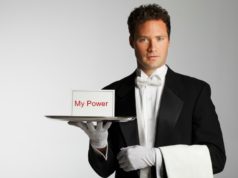 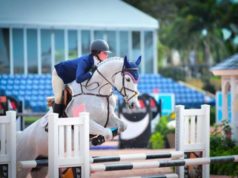