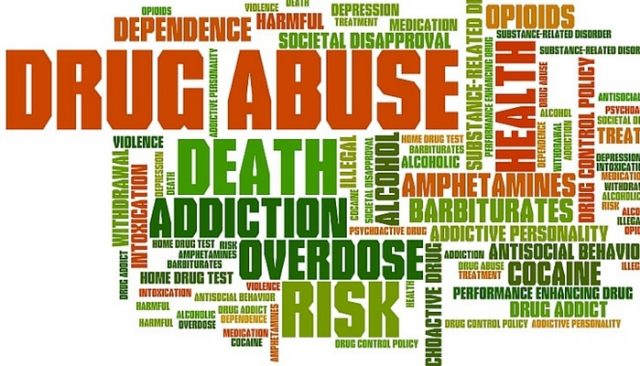 Why is there an epidemic of heroin in our wealthy suburbs?
My interview with author and spiritual leader, Marianne Wiliamson.

Opiate drugs are leading to heroin in our wealthy suburbs. We’re talking record overdoses and deaths in the nicest towns around the country. What the hell is going on? These neighborhoods offer beautiful landscapes, great schools, well-educated parents and an overall healthy environment. I spent my summers on my family’s large, lakeside girl’s camp in Vermont when I was a child and honestly, does it get any better than that?

Why do kids who have everything take drugs?

This was the question I asked Marianne Williamson, the well-known spiritual leader, author and lecturer, when I interviewed her for my radio show, “Triumphs of the Human Spirit,” back in 1992. Back when addictive drug use wasn’t as bad as it is now.

I asked her about her troubled journey prior to becoming so successful.

She said, “What happened with my generation is that we never grew up. The problem isn’t that we’re lost, apathetic, narcissistic or materialistic. The problem is we’re terrified.

“I didn’t know what to do with my life, though I remember my parents begging me to do something. I went from job to job, city to city, looking for some sense of identity or purpose; some feeling that life had kicked in. I knew I had talent, but I didn’t know at what. I knew I had intelligence, but I was too frantic to apply it to my own circumstances.

“I went into therapy several times, but it rarely made an impact. I sank deeper and deeper into my own neurotic patterns, seeking relief in food, drugs, people or whatever else I could find to distract me from myself … patterns of self-betrayal and self-sabotage that ran deep and automatic.

“When we attach value to the things that aren’t love … money, cars, houses, prestige … we are loving the things that can’t love us back. We are searching for meaning in the meaningless.

“The riches in the world, although they can contribute and be healing and there’s nothing wrong with them, you can have a million castles and a million jewels and all kinds of things … and they would not be enough to feed your soul.

“Because only love can do that.

“When I go around the country, people ask me, ‘What about the drugs? How is love going to solve the drug problem?’

“The drug problem is the fact that there are holes inside our children. If there’s a hole inside of a child, there are going to be drugs on the streets of America. Period.”

I totally agree, but is it the only reason there are opiate drugs and heroin in our wealthy suburbs? I would bet there are amazing, loving parents that poured their hearts and souls into their children and yet those kids suddenly and tragically died of a drug overdose. So, if those children died and they did not have holes inside, what are some other reasons?

There are 10 main reasons children try drugs and get addicted to them and yes, it also happens to the wealthy and well educated. We have known that for a while. But why the sudden epidemic and fierce addiction?

Thank Big Pharma. Yup, I’m putting the blame where it belongs, because they have developed opiate drugs that NO child or young adult should even be exposed to or experiment with. And not only did the drug companies have their scientists develop these drugs, which are more addictive than anything else, but then they lobbied to get the government and the FDA to approve them for use on our children!

And guess what? These drugs are so powerfully addictive, the drug companies now have customers for life! Customers to buy these drugs, customers to buy the new drugs they are developing to help them get off these opiate drugs (or heroin) and then, customers to buy all the drugs needed to deal with the leftover issues from addiction; the anxiety, the depression, the ADHD, the diabetes from needing to get high on sugar, eating disorders, etc.

Yup, Big Pharma is making big bucks off destroying all the hard work you put in to give your kids your love, your time, a nice home, a beautiful neighborhood, good schools, after school sports, fabulous vacations and really the best that money can buy. All that and parents are ending up in morgues, totally shocked and devastated, saying good-bye to their teenagers and their young adults.

The bottom line is this; since people under the age of 25 have undeveloped brains, they are extremely susceptible to a sudden addiction problem. The structure of their brains actually allows an easier access for these drugs to get in and to alter the regulation of the dopamine in the brain, so as to make the brain forever craving those chemicals; therefore, it is very susceptible to any kind of addiction, not just chemicals.

These are the recent findings from the neuroscientists, and if you don’t want your children to have permanently altered brains primed for addictions, they absolutely cannot experiment with drugs that can get inside and change their undeveloped brains. This is not only for opiates; this process also happens with nicotine and alcohol. So obviously, the use of those drugs is more likely to lead to stronger ones. Once that brain is altered, it is a lifetime of battling those horrible urges of the “addictive brain.”

I speak from experience on this one. My story is this story, although my drugs of choice never included heroin. My story is about a magical, privileged background and “having it all.” (OK, with some major family dysfunction thrown in to feed the fire!) But when all is said and done, none of it prevented the path I ended up going down with an addictive brain.

But the good news is, as I took massive action and used the tools taught to me from all the help available out there, along with my own exhaustive research, I learned how to turn it around. I found the key answers for both recovery and prevention.

My story is about how to create a new story.

So how do we prevent drug addiction?

We need to go beyond educating children in school about the dangers of drugs. We need to start with the newest research. I think showing them the compelling graphics of exactly how these chemicals affect certain parts of their brain is a basic good place to start. But when all is said is done, if you look at the top ten reasons children start experimenting with drugs, the only way around that is to teach them how to build and maintain emotional strength and fitness.

Do I mean “Just say no?” Well, that hasn’t worked too well, has it? Do you know why? Because we missed the first part of that solution which is wanting and being committed to saying no and then how to say no! The first part is to teach them how to build up their emotional muscles. How to identify and deal with their feelings without running away. How to “sit with” their feelings and learn the benefits of “suffering” and how that will make them stronger in the long run.

They need to be taught how to create a mindset for feeling and acting empowered, and not like directionless victims!

It is a long list of mindset skills that they need to learn and practice, and we have a small window of opportunity.

But when all is said and done, since the risk is so high between the ages of 11 and 25, if we can keep vigilant (which is a real challenge for two hard working parents) and stay on top of kids, keeping them physically active, pursuing passions and learning and practicing emotional strength, maybe … just maybe we can get them through those tough years, while their brains are still developing along with their emotional and hormonal changes.

This is a critical, time sensitive battle. Pull out all the stops to give your children the education, the mindset and the emotional strength and fitness to be able to enjoy the lifestyle you have dreamed of for them and worked so hard to provide.

Nancy Dye is a breakthrough mindset coach and resilience trainer helping people to transform the quality of their lifestyles. Nancy trained with RMT (Robbins-Madanes Training) and has over 30 years as a weight loss, peak performance, and sober coach. She specializes in “jumping over” adversity, addictions and diseases, and transitioning through life stages. 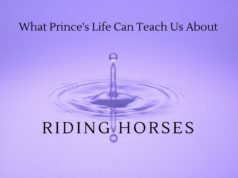 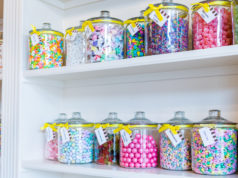 How to Get Over Sugar 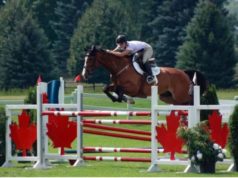