Nancy Dye is a breakthrough mindset coach and resilience trainer helping people to transform the quality of their lifestyles. Nancy trained at Robbins-Madanes Training (Tony Robbins and Cleo Madanes) and has over 30 years experience as an emotional strength and fitness coach for weight loss, addictions, eating disorders and changing dis-empowering behaviors.

With a career in high-end corporate marketing and luxury lifestyle real estate sales, Nancy has been coached by the top sales trainers in the world as well as by some of the most elite coaches in the world of sports. Nancy specializes in “jumping over” adversity, transitioning through life stages and peak performance for executives, entrepreneurs, athletes and elite military.

Nancy is married to former Olympian gymnast, Jack Miles, who is inducted into 4 athletic Hall of Fames. Together they produced a workshop titled “Olympic Goals and Golds.”

I Was Born into the Witness Protection Program.

Sort of. I was born June Perry and I was immediately adopted. So yes, the government sealed my records, gave me a new name and a new birth certificate, sent me to a new city and gave me a new family. They had a different story in mind for me.

What a Script! I Got it All!

Did I hit the jack pot! My adopted parents were Ivy League educated and provided me with an absolutely magical, storybook childhood. It was a very privileged life growing up on the north shore of Long Island, NY that included private schools, traveling internationally and summers up at our family’s huge sleep away summer camp on a lake in Vermont. That was where I learned to compete in a large variety of sports.

In my teens, I lived at one of the oldest and most prestigious equestrian boarding school in MD. I grew up loving sports, the outdoors and especially horses. (Oh, and Jeep Wranglers and Jaguar sports cars!)

Age Seventeen: “I Can Feel it Coming in the Air Tonight … Hold on!”

The headmaster of my boarding school took me out of my senior year morning class and escorted me on a plane to our family’s winter home in Florida. When I arrived, my parents informed me that my (very first) boyfriend had shot himself in the head and was dead. Imagine an IED exploding in your brain. Everyday.
My life made a dramatic U turn off of a cliff. Drowning in an endless list of addictions and self-destructive behavior, fueled also by the fact that I was a victim of incest growing up with an alcoholic father and a cold, distant mother who knew what was going on (and didn’t stop it), it would take decades and a lot of hard work to learn how to turn my life around. (What? You mean money can’t protect you from life or guarantee you happiness?) I “had it all,” and I didn’t want to live.

My spiraling-out-of-control lifestyle made me physically sick with allergies, depression and weight gain. Between emotional eating and a massive sugar and carbohydrate addiction, I felt totally out of control. I was finally diagnosed with hypoglycemia in my mid-twenties, a low blood sugar disorder that makes it dangerous for me to have sugar (or anything that quickly turned into sugar such as alcohol), and I soon had to admit that I couldn’t stop either one!

After trying every diet out there, all of which eventually failed, in desperation to gain back control, I slowly slipped into anorexia. But these were not the only addictions I was battling; I also couldn’t stop chain smoking, or running away with over exercising, partying, shopping and dysfunctional relationships.

“What if the Worst Day in Your Life is Actually the Best Day of Your Life?”  Tony Robbins

I was in college. I had acute bronchitis, but I was on a roll with non-stop partying and just couldn’t find the time to go to a doctor to get medicine. One night I was drinking a little and doing some drugs, but nothing too dangerous or too much … (or so I thought), and after returning to my dorm, I woke up in the middle of the night and I realized I couldn’t move my arms or my legs. I tried to call out to my roommate only to find out, with horror, that I couldn’t even move my mouth or make any noise at all.

Completely in shock, I suddenly realized that with the few pills I had taken, added to the alcohol and my serious case of bronchitis, I was totally paralyzed and unable to get help. As I lay there imprisoned on the bed, feeling like I was suffocating as I desperately struggled for every tiny, shallow breath, I dreadfully concluded that I had made a massive, horrific mistake. I had overdosed and was going to die. It was the longest night of my life. I remember this like it was yesterday; the moment I accepted and surrendered to this fate. All that was left to do was to pray. Ten hours later, I was so relieved when I realized I had made it to dawn and my body was back to normal.
I Became a Double Agent … for Mission Impossible!

That scary event ignited a spark inside me, albeit a very dim and weak one, and I realized I didn’t want to die. But that fact was at odds with another part of me that disagreed. I was on a mission called self-destruction, while at the same time I was also on another mission called survival. Dueling missions impossible! I had no idea which one would be accomplished in the end. I didn’t have a clue how to get over all that pain and all those challenges, but I just kept showing up and fighting. Many years later, I realized I was losing the battle. The anorexia had me trapped. I surrendered to reality again and checked myself into a treatment center.

Send in the Special Forces! 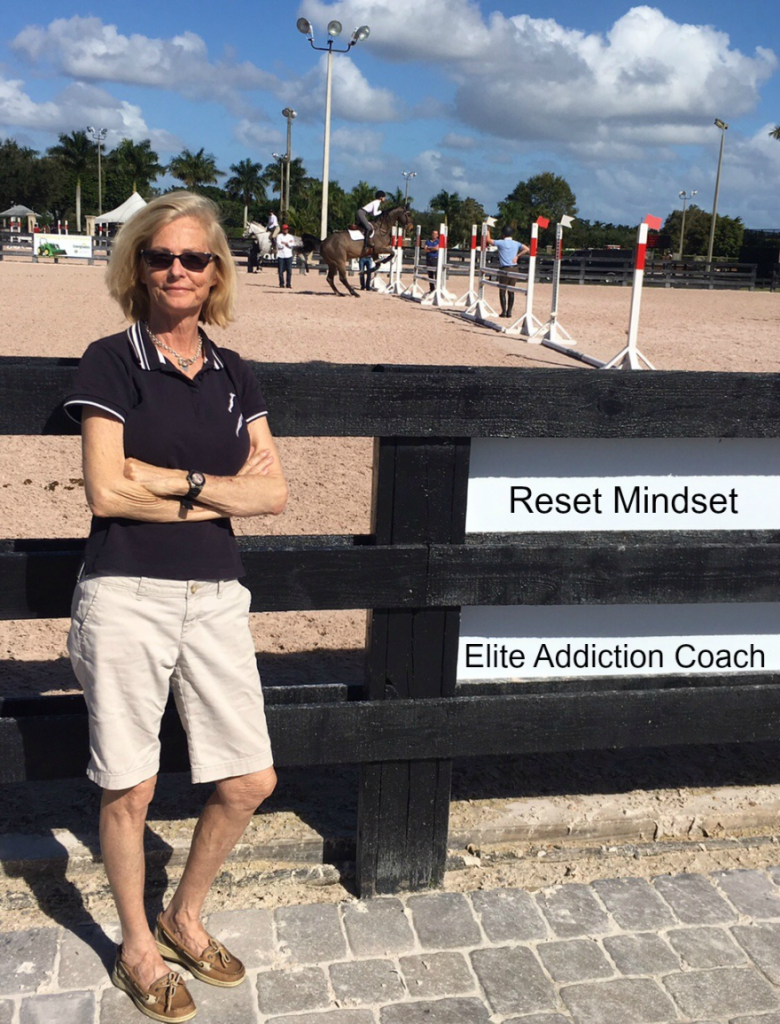 God put the perfect people in my life at just the right moments. Teachers, support groups, therapists, coaches, spiritual leaders, the top fitness trainers, a semi-effective treatment center and a famous doctor all provided a missing piece of the success puzzle. I exhausted traditional programs as well as the emerging alternative holistic methods. It was a long and very expensive education that included my own research with my “all in” obsessive thirst for answers. They all worked their magic. (Thank God I learned how to leverage my stubbornness.)

But wait a minute … similar tools had been given to others who were on the same path and they didn’t make it, but I was one of few who went beyond survival … how did I beat those overwhelming odds? I went on a quest to find out that answer.

New Identity: I Transitioned into The Interviewer!

I created and hosted a radio show, “Triumphs of the Human Spirit,” where I interviewed people who had  overcome unbelievable challenges in their lives. You know, the horrific stories that make you cry out, “Oh my God! I could NEVER have gotten through that!”

I also interviewed inspirational public figures such as Marianne Williamson and well known officers in our military. (See our elite warrior page.) And then there were just everyday people who, for example, had  become paralyzed from the neck down.

After all those interviews, I came to realize that we all have inside us the strength to overcome unbelievable adversity. We all have the ability to rewrite our stories with the endings of our dreams.

But then I  found my keys. I learned how to discover and use my own unique leverage to get unstuck and to take action … in the RIGHT direction this time. I shifted deep down inside. I made the decision, walked through my fear and took a leap of faith. And then I found and applied my leverage to all the insights and tools that I had learned.

“It is in Your Moments of Decision, That Your Destiny is Shaped.”  Tony Robbins

One of the many ways I got through those dark, painful and fearful days was by creating the belief that I  was going through all this for a reason; that I would eventually be able to use my journey to help others to  change.

Today, happily married and with my adult child out on his own, I combine my lifetime of personal “research,” coaching and triumph over adversity, including my training at the Robbins-Madanes Training; The Center for Strategic Intervention, to effect behavioral change, peak performance and personal empowerment.

My unique background, along with our many successful strategies, breaks dis-empowering patterns, builds emotional strength and fitness and creates rapid and lasting transformation. Many of these strategies creates the “aha moments” of shifting deep down into the core of each person’s foundation and then finds each person’s unique leverage for getting themselves to take consistent, massive action.

We shift in the core and then re-wire the brain! It is a different process for everyone. This is not a cookie cutter program and we limit the number of clients that we are working on at any given time. We customized our interior lifestyle transformation. 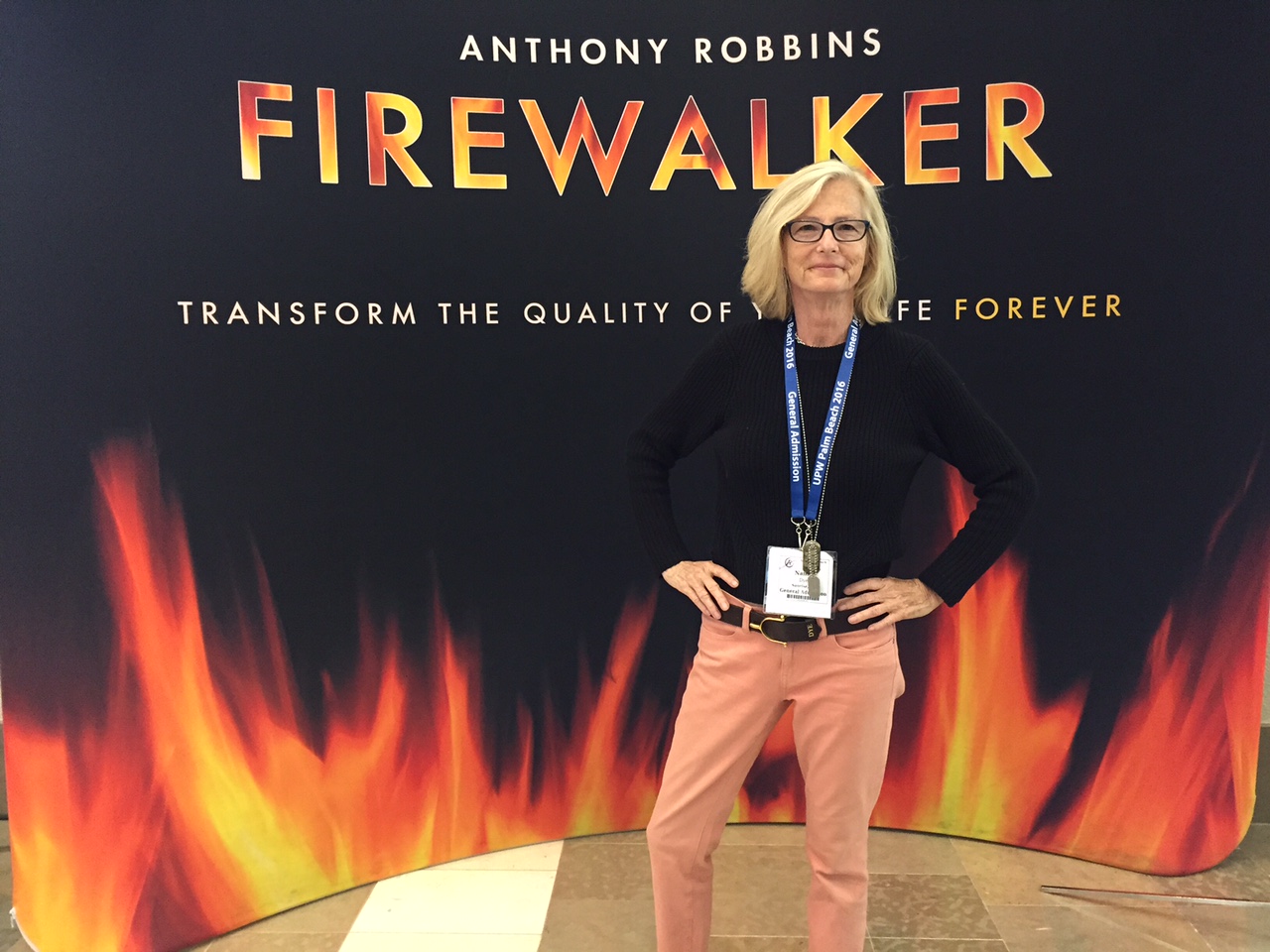 My Mission: To Elevate and Transform the Quality of Lifestyles Forever

To learn how to get over dis-empowering patterns of behavior, to let go of your old story and to write a new ending, or for mindset coaching in peak performance for sales or sports, schedule online to speak with me about jumping over those obstacles in your life and designing a transformed lifestyle.

For elite sober coaching, or to schedule a group workshop on emotional strength, addiction prevention and recovery or for speaking engagements, please contact me at NancyDyeSiCoach@gmail.com